Drug testing is a common practice in the workplace. It’s used to ensure that employees are drug-free and on their best behavior when they’re at work. If you know you might have to take a drug test, here are a few tips on how to detox your system and cleanse your body of any drugs.

What drug testing is and how it’s used

Drug testing is a drug test done to find out if a person has a drug in their system.  It’s usually done before you get a job or when you’re on probation. Drug tests can be used for many reasons, and they vary depending on who’s doing them.

They might also vary based on what drug it looks for and how much of that drug is considered too much to have in your system (called “cut off-limits”). The most common drugs tested are marijuana, cocaine, amphetamines/methamphetamines, opiates (e.g., heroin), phencyclidine (PCP), and benzodiazepines such as Valium® or Xanax®.

For some jobs, there may be more specific types of drug tests, such as for those who are safety-sensitive (e.g., truck drivers, air traffic controllers).

The drug test usually involves taking a sample of your urine, although it could also be from your blood, hair, sweat, or saliva. The sample is then sent to a laboratory to be analyzed.

Employers might drug test you before they offer you a job. They might do this to make sure that you’re not using drugs and that you’re not going to pose a risk to other employees or customers.

Employers might drug test you if you’re involved in an accident at work. They might do this to see if drugs played a role in the accident and to make sure that you’re not using drugs while you’re at work.

5 Tips for Detoxing Your Body for a Drug Test

If you’re worried about failing a drug test, there are a few things you can do to detox your body and cleanse your system. Here are a few tips for drug detox that can help you get ready for your test.

The first step in drug detoxing is to stop using drugs altogether. This might be difficult if you’re addicted to the drug, but it’s necessary if you want to cleanse your system.

Once you’ve stopped using drugs, it’s important to drink plenty of water and eat healthy foods. This will help flush the drug toxins from your system and improve your overall health.

Exercise is another great way to detox your body and cleanse your system. Exercise helps to improve your circulation and helps to flush toxins from your body.

Finally, it’s important to get plenty of rest. This will help your body recover from the drug use and will also help to improve your overall health.

Common drug tests and ways to avoid them

One of the most common drug tests is called a drug screen. This test checks for drug metabolites, which are byproducts from drugs that stay in your system for anywhere from a few hours to three days.  The drug screen can be done through blood, urine, or hair follicle testing. Drug screens are designed to detect drug use over the past few weeks and months. If you know you might have to take this type of drug test to get a job, then it’s best to detox yourself beforehand so your body won’t produce any traces of drugs when they do the drug screen on you.

Some people may think that consuming large quantities of water will help them pass their drug screening but there’s no evidence supporting this theory. Over-hydrating yourself can be dangerous and lead to water intoxication.

The best way to cleanse your system before a drug test is to abstain from drug use altogether. However, this isn’t always possible or realistic for everyone. If you have used drugs within the past few weeks or months and know you will have to take a drug screen, there are a few things you can do to try to detox your system.

First, drink plenty of fluids like water and cranberry juice. This will help flush your system of any drug metabolites that may be in your body. You should also exercise regularly and eat a healthy diet full of fruits and vegetables. These lifestyle changes will help speed up the process of drug metabolite elimination from your system.

If you want to detox your body even further, there are natural detox products that you can take that will help cleanse your system of drug metabolites. These products typically contain herbs and minerals that help promote liver and kidney function, which are responsible for filtering drug metabolites out of your system.

The importance of staying drug-free when applying for a job

Drug tests are common in today’s job market.  One drug test is called a drug screen and it checks for drug metabolites, which are byproducts from drugs that stay in your system for anywhere from a few hours to three days. Drug screens are designed to detect drug use over the past few weeks and months.

For example, drug screens are common in the trucking, airline, railroad, bus lines, and maritime industries because drug use can impair job performance and put others at risk. In addition, many companies drug test as part of their pre-employment screening process.

If you fail a drug test, it could mean that you don’t get the job you applied for.  In some cases, you may be able to take a second drug test after completing a drug treatment program.  However, in other cases, a failed drug test may result in being disqualified from certain jobs or professions altogether.

When it comes to drug tests, the best way to avoid failing is by abstaining from drug use altogether. However, for many people, this isn’t always possible. If you know you will have to take a drug screen, there are ways that you can detox your system and increase your chances of passing. Drink plenty of fluids, exercise regularly, and eat a healthy diet. There are also natural detox products that you can take that will help cleanse your system of drug metabolites. Remember, the key to success is preparation! 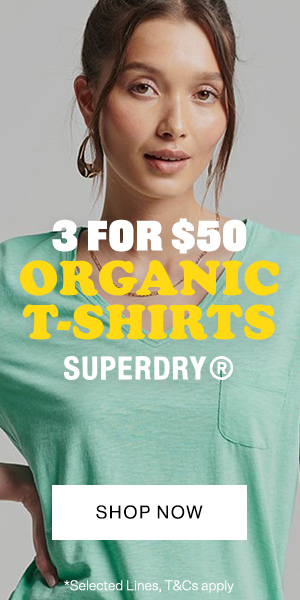