If you’re a job seeker with a criminal record, you may be feeling discouraged. You may think that your record will automatically disqualify you from most jobs, but that’s not always the case. Many companies are willing to give people a second chance, and Costco is one of them.

Costco was founded in 1983 by Jeffery Brotman and Jim Sinegal. At the time, they only had 17 employees. Today, Costco has over 190,000 employees worldwide.

What is Costco and what do they offer employees?

Costco is a membership-only warehouse club that sells everything from groceries to electronics. They are known for their low prices and great customer service. Costco also offers its employees a lot of benefits, including health insurance, 401(k) plans, and paid time off.

Costco pays its employees a competitive wage, and the pay is always increasing. Costco was named one of the best places to work in 2016 by Forbes. On average, Costco employees make $20.89 an hour.

The types of criminal records that are acceptable at Costco

If you’re interested in applying for a job at Costco, you can do so online or in person. When you’re filling out the job application, be honest about your criminal record.

What to expect during the interview process

If you’re called in for an interview, the interviewer will likely ask you about your criminal record. They want to know why you committed the crime and if you’ve learned from your mistake.

The interviewer wants to know that you’re taking responsibility for your actions and that you’re ready to move on from your past.

Focus on the positive aspects of your job search, such as the fact that you’ve been allowed to interview for a job at Costco.

If you’re offered the job, be sure to thank the interviewer for giving you a chance to prove yourself. This will show them that you’re appreciative of the opportunity and that you’re excited to start your new career at Costco.

Once you start your new job, be sure to dress professionally and act courteously to your co-workers and customers. This will show that you’re taking your job seriously and that you’re ready to succeed in your career.

Don’t expect to be promoted immediately after being hired. Take the time to prove yourself as a reliable and hardworking employee, and eventually, you will be rewarded for your efforts.

If you have a criminal record, don’t give up on your job search. There are many companies, like Costco, that are willing to give people a second chance. With a positive attitude and a little bit of effort, you can succeed in your new career.

Many companies are willing to give people a second chance. Costco is one of them. They offer a great benefits package and the interview process is very forgiving. You may be concerned about how your criminal record will affect your chances of getting hired, but there are many positions available at Costco that don’t require a background check.

Leave a comment and let us know what your experience has been like job hunting with a criminal record. You can also read our articles on the subject for more advice. 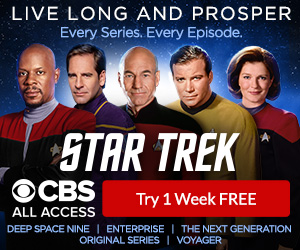